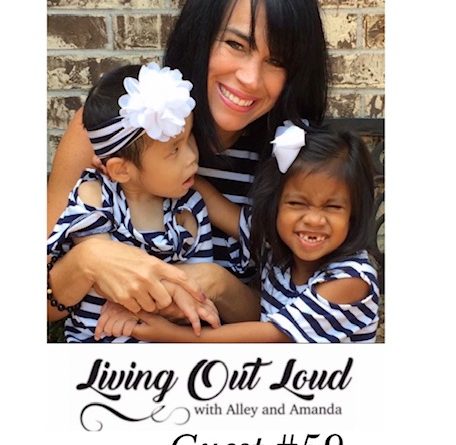 Ashley Felts is 41 years old, and a native of Monroe, Louisiana, where she was raised in a Christian home, with two siblings. Soon after graduating high school, she married her husband, Stan, who is 47 years old, and this year they are celebrating their 21st year anniversary. They have four biological children, Addison, who is 19 yrs. old, Emerson, who is 16 years old, Grayson, who is 12 years old, and Jackson, who is 9 years old. After initially thinking they were done growing their family–God had other plans. , In 2016, they traveled to the Philippines to adopt Mika Ella, who is now 7 years old.  In 2018, they then adopted Isabelle, who is currently 6 years old, and is from China. Both their adopted daughters have special needs, with Isabelle’s being significantly greater. Their oldest son, Addison, has recently married an amazing young woman, named Rainey! Stan and Ashley recently found out that they will be grandparents for the first time in 2020! Ashley is a stay-at-home mom, who has home schooled all of her children their entire lives. She is a follower of Jesus Christ and has a passion for advocating for orphans and encouraging those in the church to adopt and foster.

Want to hear more from our monthly guests?